In the light of the Scottish financial settlement I am offering these important maps taken from National Statistics. (ONS publications) The first  shows just how much more public spending per head Scotland and Northern Ireland receive compared to England, especially south east England. It  illustrates the extent of the regional transfers of money around the UK.

The second map shows just how much bigger London, the south east and East Anglia have become as a result of more rapid economic and population growth than the rest of the country. These three parts of the UK now represent almost one half of our economic output. This is displayed graphically by the redrawing of the map in line with economic output. As a result we see a very large London, and a large south east and East Anglia.

It appears that the latest financial settlement for Scotland gives the SNP all they asked for. The grant to Scotland has to be adjusted for the extra responsibilities the Scottish Parliament now has, and for the extra revenues they now control. The formula allows adjustments to be made for the likely slower growth of population in Scotland than the rest of the UK, the main thing the SNP insisted on. 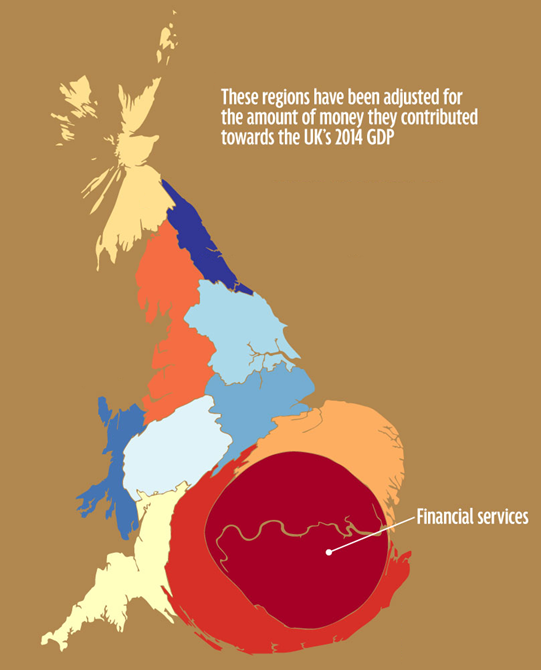