I lobbied the government to increase the total amount going to schools over the next three years, and to increase the proportion of the total going to Wokingham schools which were poorly funded by national standards. The government has now decided on its new National Funding Formula which does give increases to Wokingham schools, and  creates a guaranteed minimum of per pupil funding for every school in England. The government has also increased the amounts placed in the total settlement for schools as the figures below show.

Ministers have recently published figures which show how the provisional allocations under the new National Funding Formula for Schools: 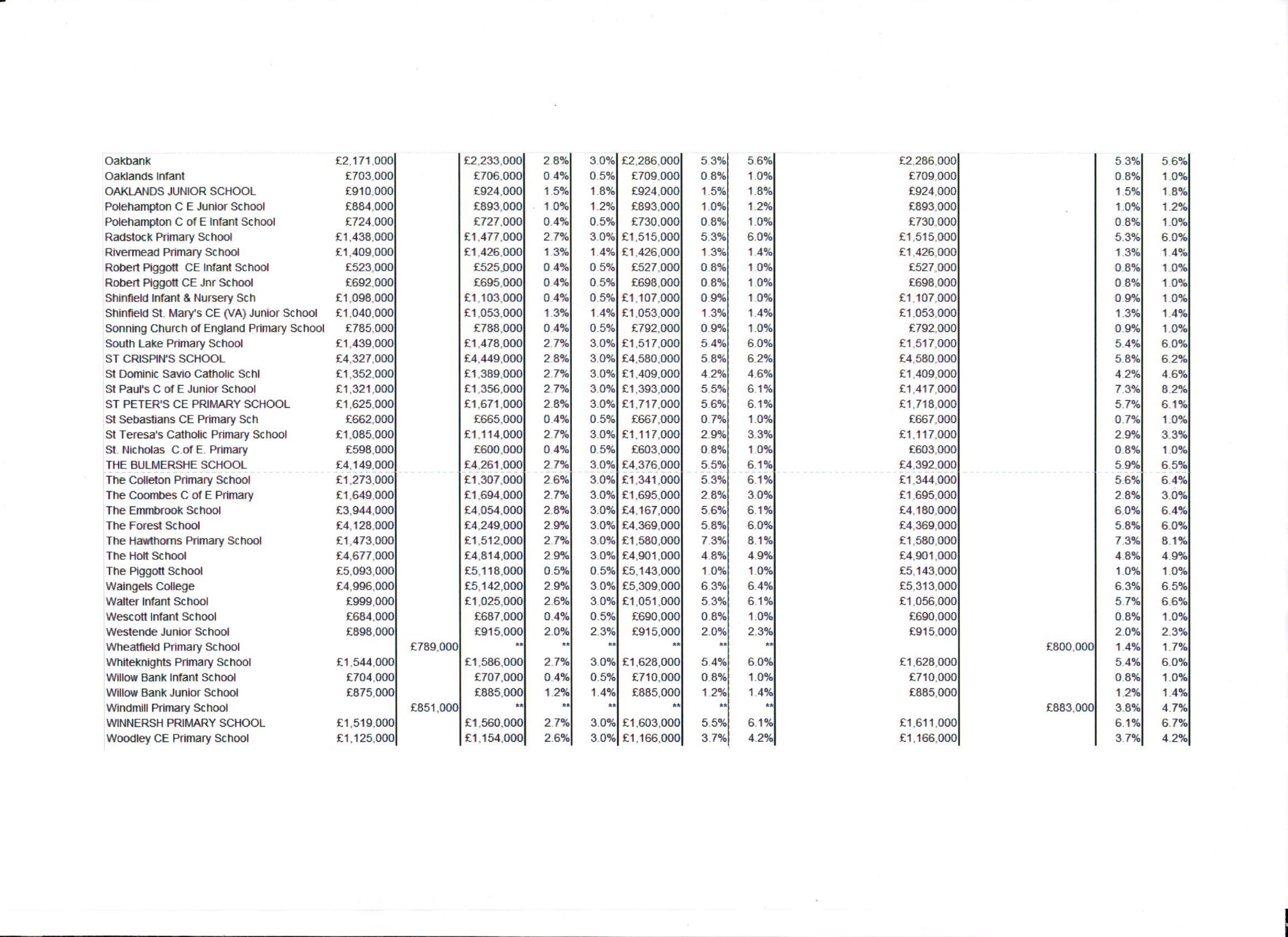