I have received the enclosed letter from Councillor Charlotte Haitham Taylor, the Leader of Wokingham Borough Council.

Councillor Haitham Taylor explains that the council is taking steps to provide relief to businesses in Wokingham affected by the regeneration works.

I welcome these steps and would encourage any local businesses affected by the regeneration works to seek further help from the council. 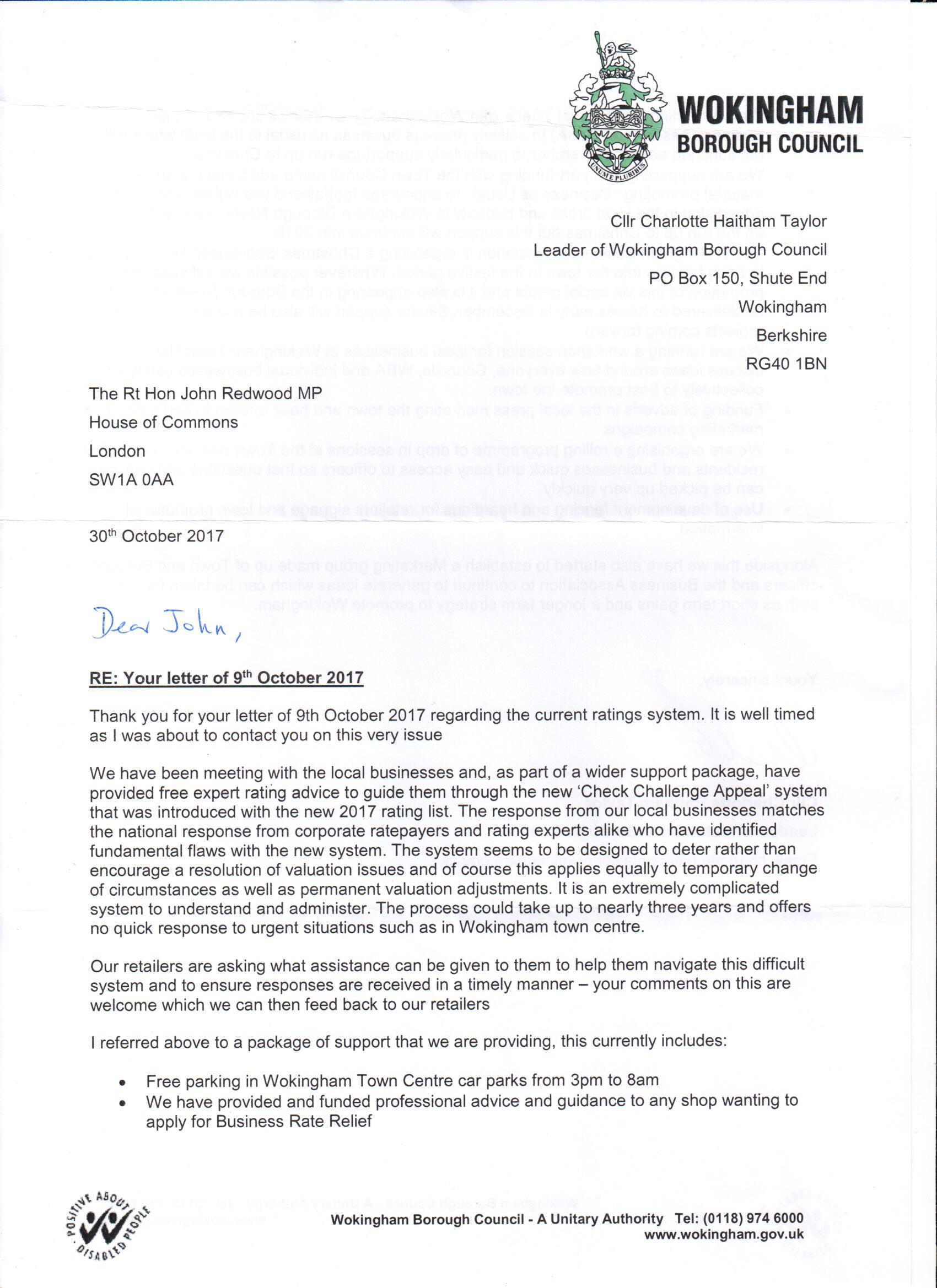 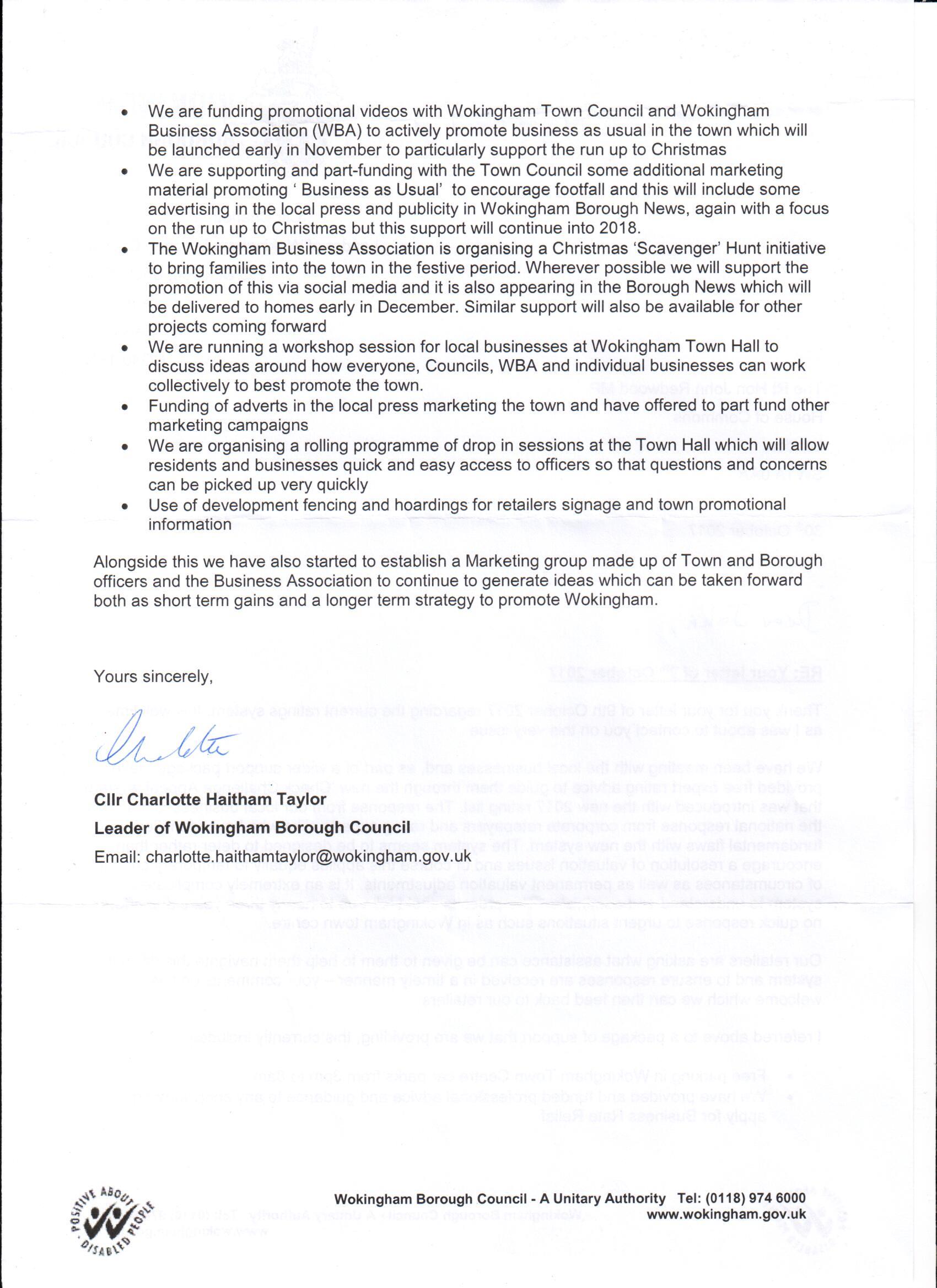